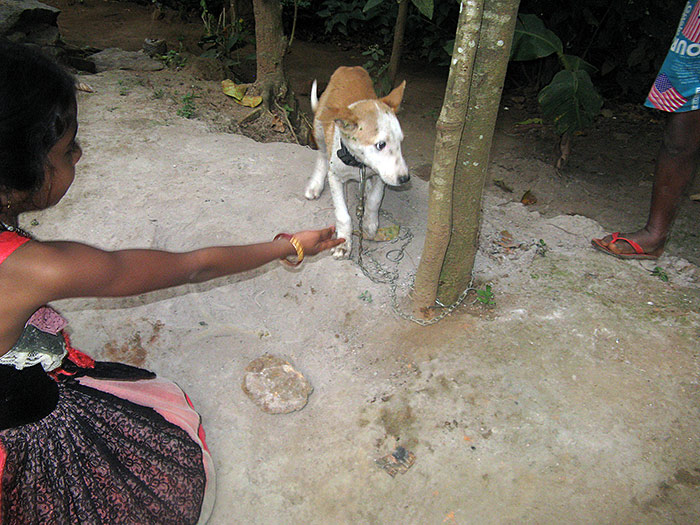 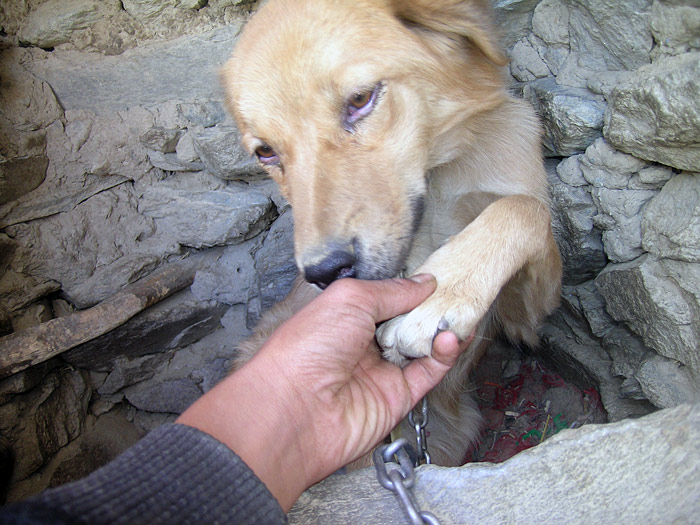 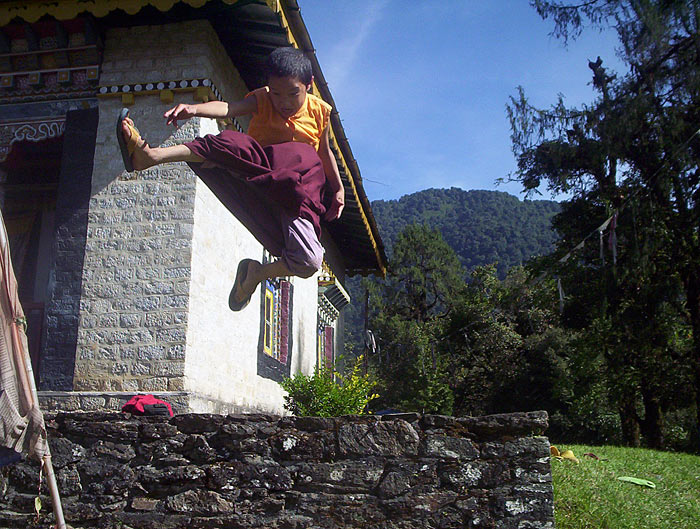 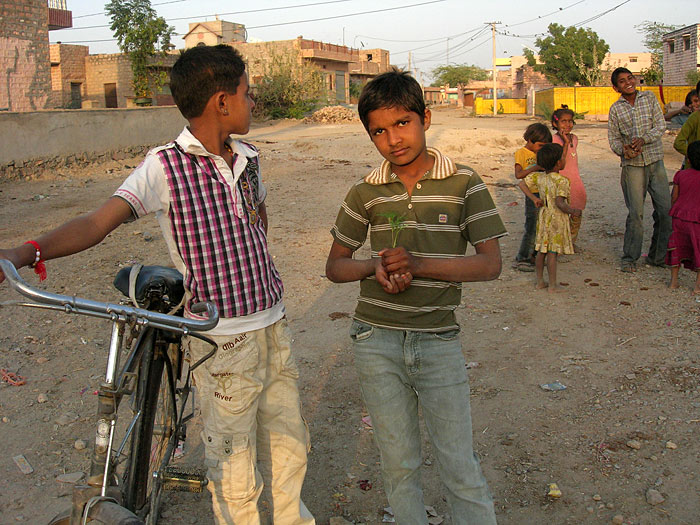 Taken by Lila Sirohi, 13 years, in 2012. You always meet someone on the villageroad in Chandelao. 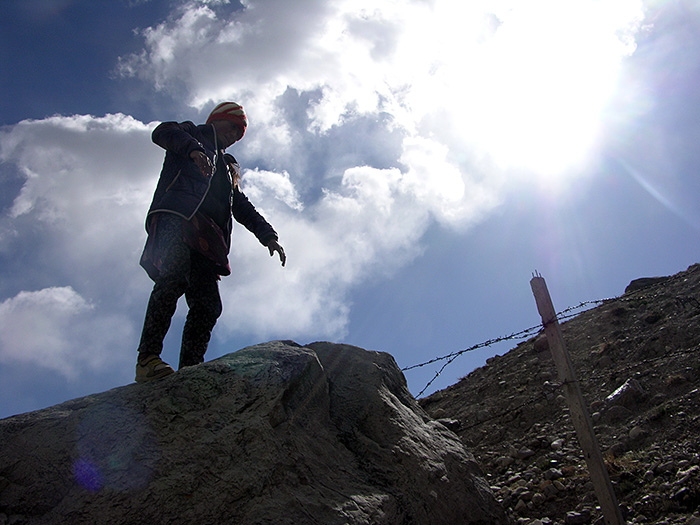 Taken by Stanzin Putit, class 7 in 2015. Barbed wire doesn’t exist since long in Zanskar, but replaces quickly fences out of natural materials. 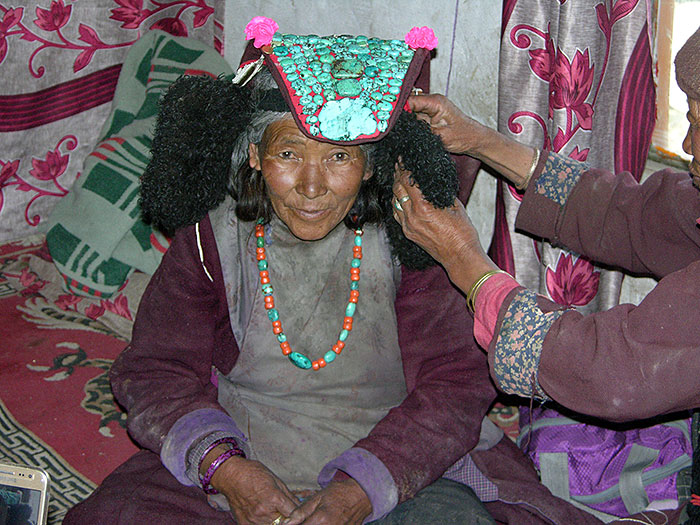 Taken by Dorjey Namgyal, class 6, 2015. The most valuable possession of the women in Zanskar and Ladakh is the perak. It is passed on from mother to daughter and just worn for special festivities. 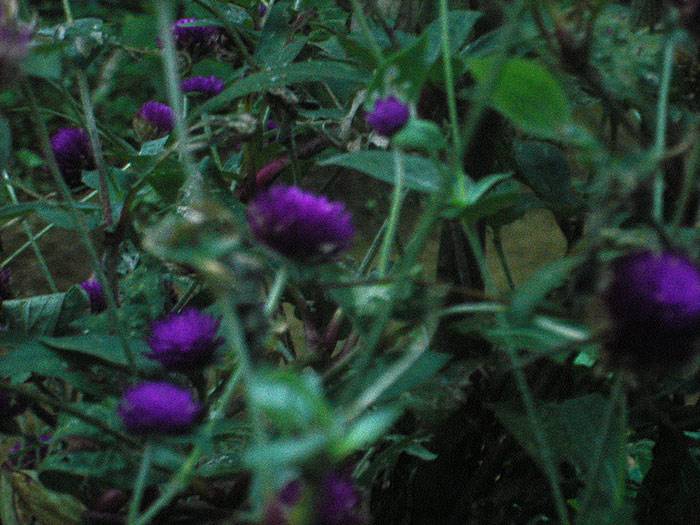 Taken by Sakhin, 9 years. The vegetation in Wayanad/Kerala is much diversified. Even at most shady places with the  beautiful flowers are blooming. 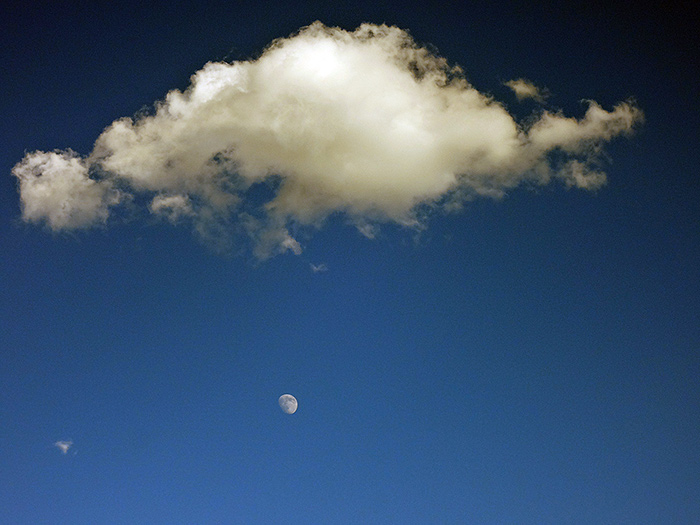 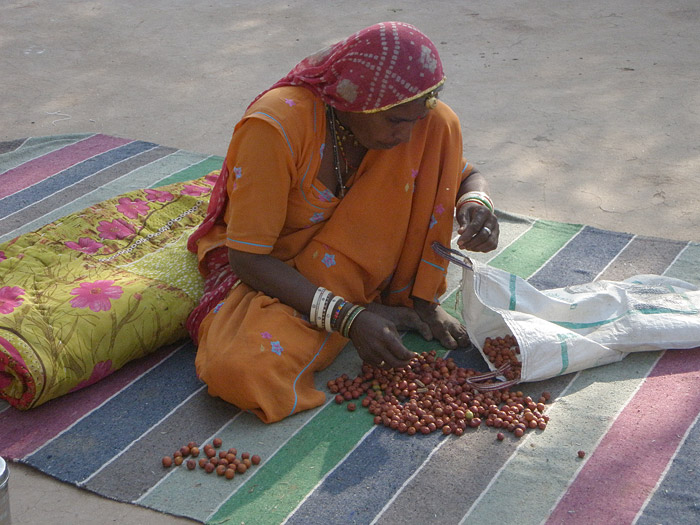 Taken by Lalaram Sen, 11 years, in 2012. In january/february the fruits of the bor-tree are ripe. Small cherry-like balls with a stone. Yummy! 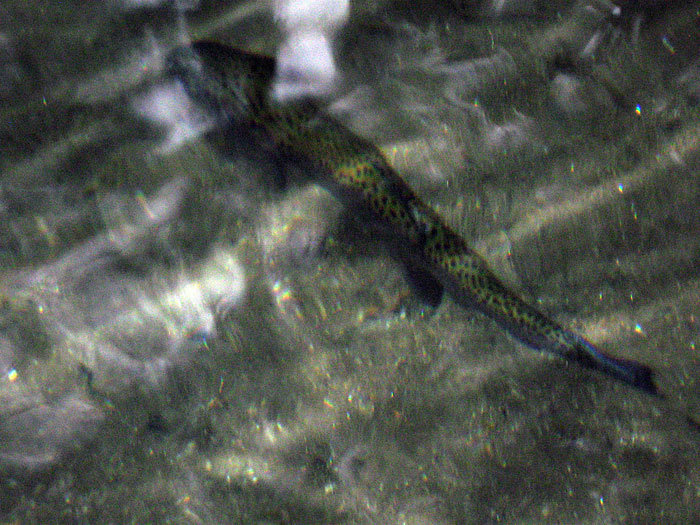 Taken by Dawa Tashi Tamang, 12 years, 2015. In Yuksom is a holy lake, the small Kathok Lake. The fish enjoy happily their life. 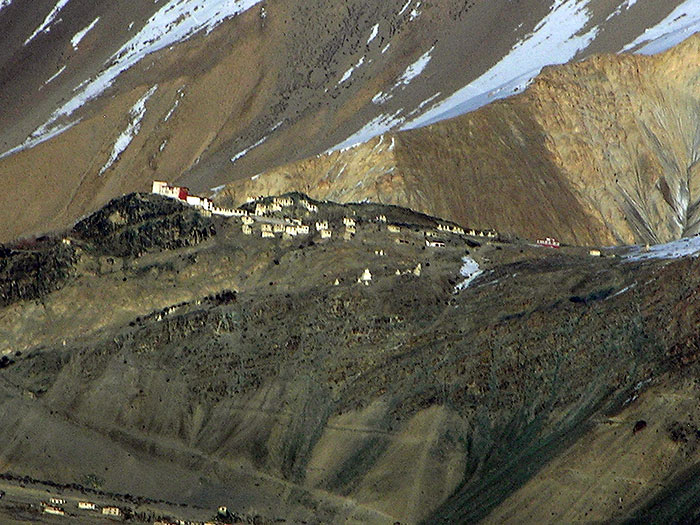 Taken by Stanzin Palzom, class 7, in 2016. Monastery Stongde in Zanskar is built directly on the rim of a steep wall in 1052. Founder is the translator Marpa Lotsawa. 4 decades later it was given to the Gelugpa. 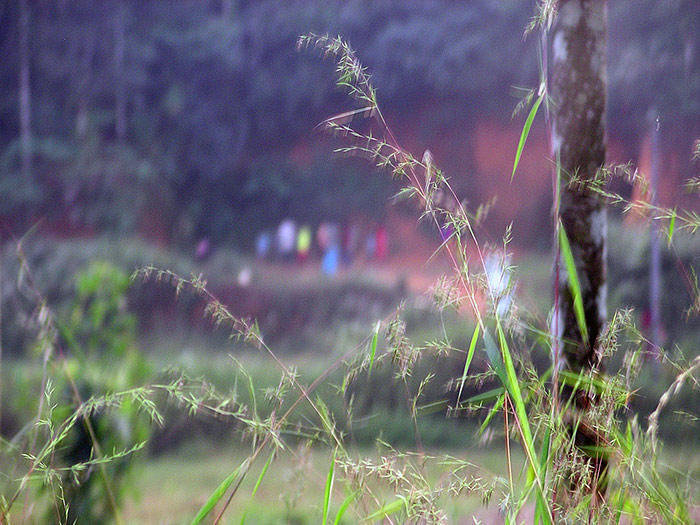 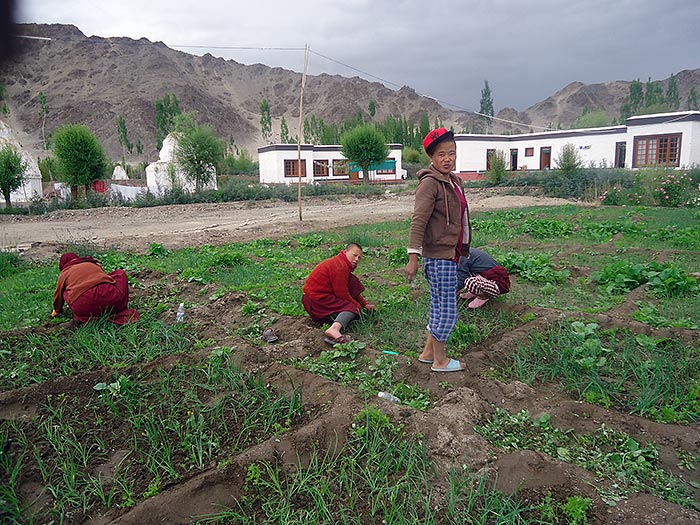 Taken by the young nuns in Nyerma/Ladakh (14 years) in 2017. A garden with useful plants belongs to the nunnery with guesthouse. Before and after school the young nuns have to take care of it. 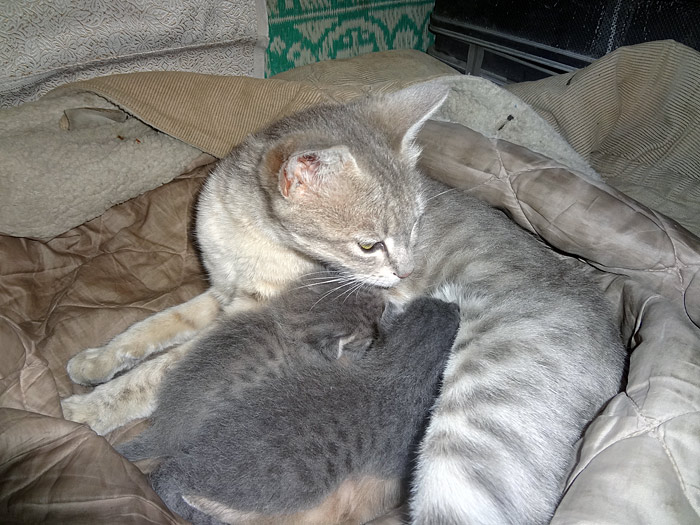 Taken by Rinchen Choyom, class 8, 2015. Usually cats don’t grow old in Zanskar, becoming too easily the food of a wolf. 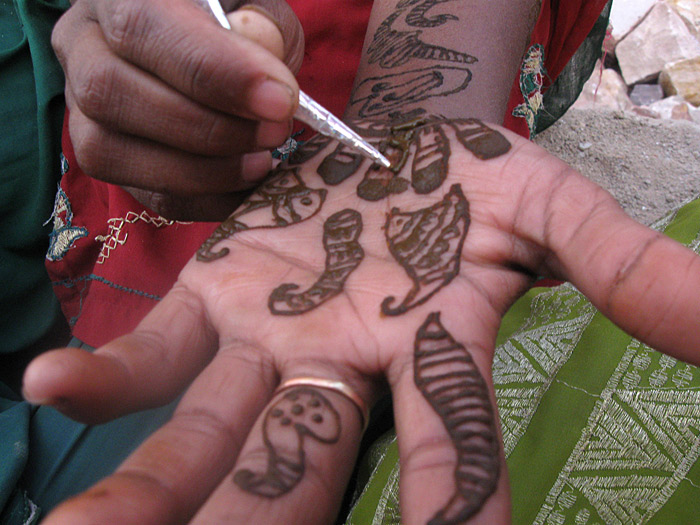 Taken by Sunita Prajapat, 13 years, in 2012. Rajasthani girls and women lobe to draw a mehndi with henna on their hands. 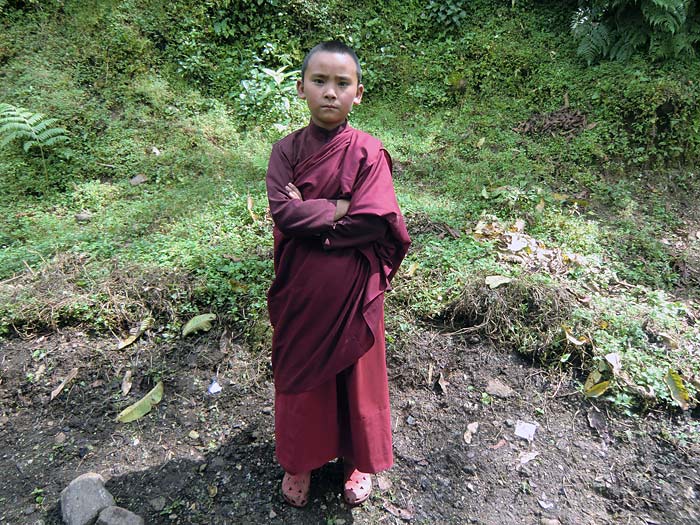 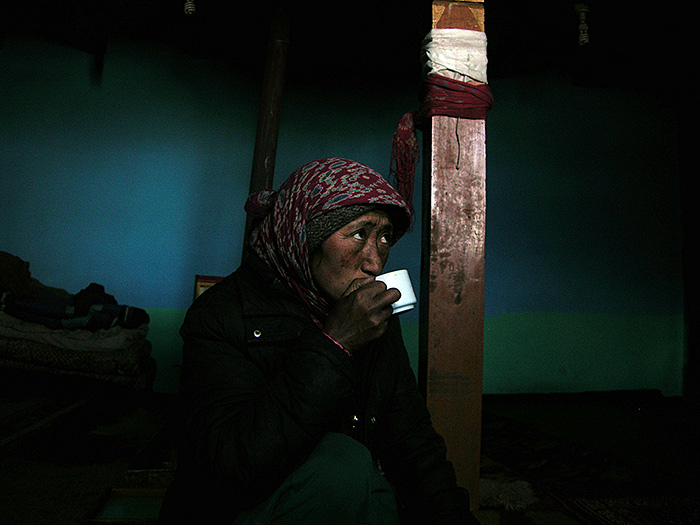 Taken by Stanzin Yangdon, class 8, in 2015. Zanskaris, especially the ladies, love drinking buttertea and throughout the days, several cups will be enjoyed. 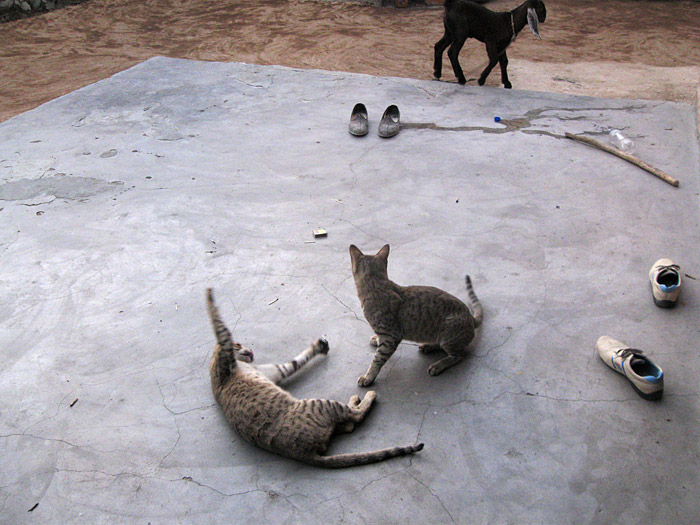 Taken by Surender Parihar, 13 years, in 2012. People in the villages of Rajasthan share their home with quite some animals. 2 cats, 2 pair of shoes – and just 1 goat. That’s it what Surender needed for a great pic. 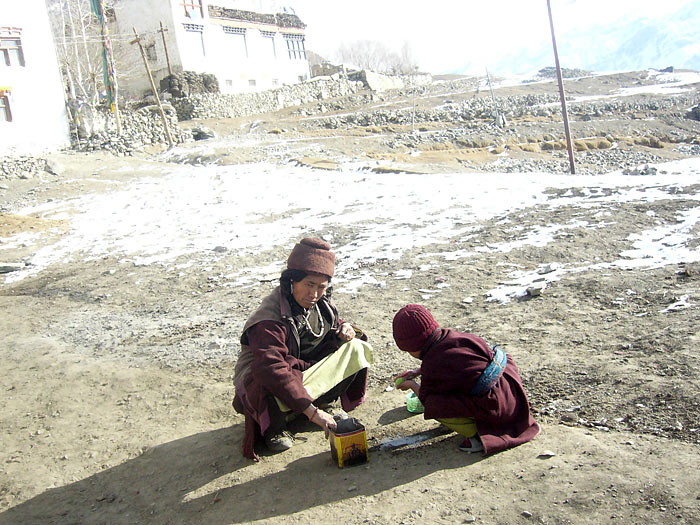 Taken by Dechan Angmo in 2014/15. When everything is frozen in the winter in Zanskar, it is hard to get water and you have to use it very economical. Like when washing your hands, when you go somewhere special nicely dressed in the traditional goncha. 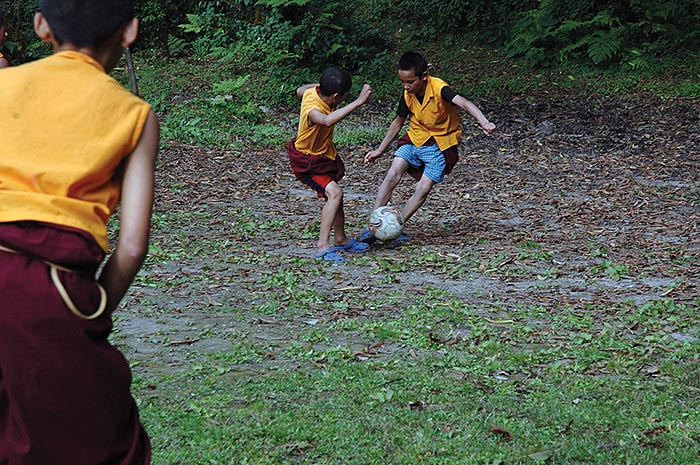 Taken by Nima Rinzing, 12 years, in 2016. Although playing football is really difficult at the steep slopes  with just small flat areas, it is the favourite game of the boymonks in Dubdi/Sikkim. 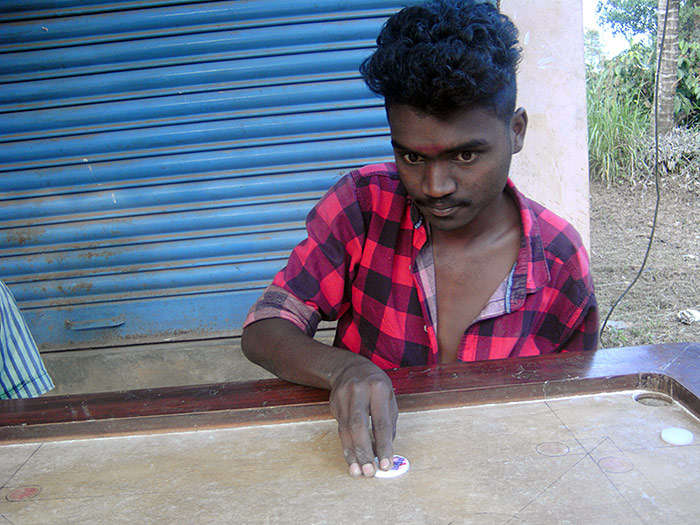 Taken by Harshey, 10 years. In Mothakkarra, a small village in Wayanad/Kerala, the men love to play Carrom. There is a board in front of a shop in the opening hours. Usually you find men playing and others watching. 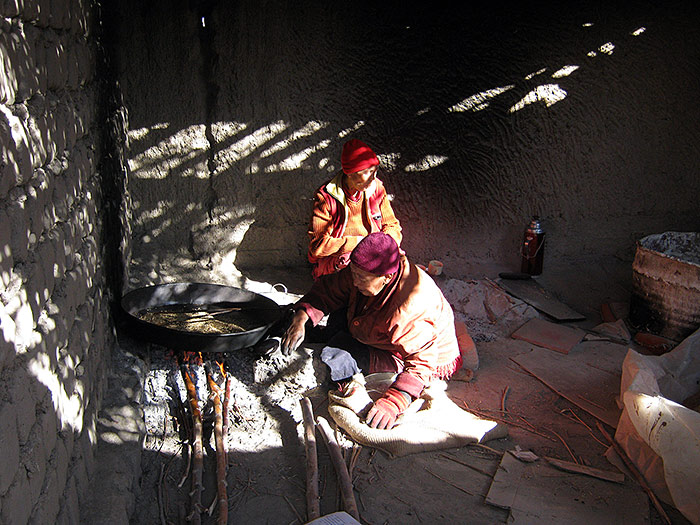 Taken by the young nuns in Nyerma/Ladakh (14 years) in 2017 . After harvesting the barley, the corn needs to be roasted before grinding to have a good stock of Tsampa for the winter. 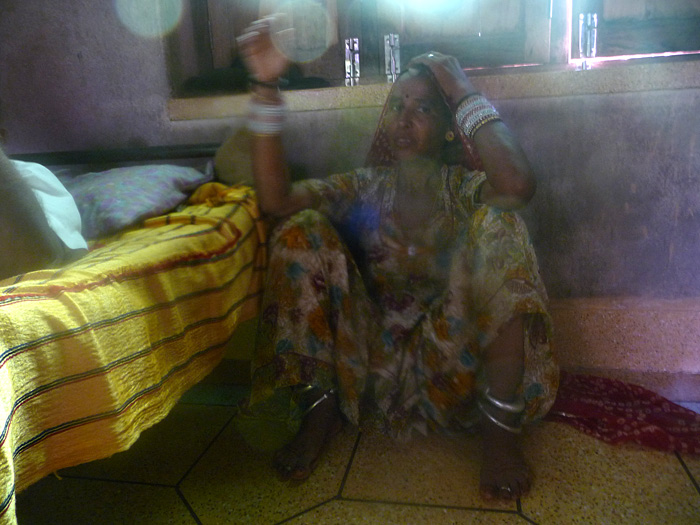 Pista Sirohi, 14 years. Her mother sitting in the cooler house with the sunlights finding their way through small holes and dancing around her 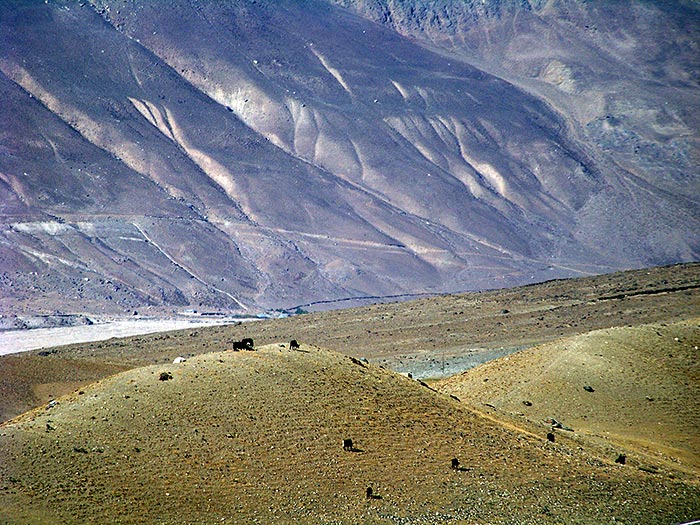 Jigmet Choskit, class 6, Landscape in Zanskar. The pastell colours of the landscape you can find everywhere in Zanskar and Ladakh.